There’s nothing more relaxing than a day at the beach. We took a much needed day trip to this place on Sunday. It was lovely. That was until we got home and realized how burnt we were. 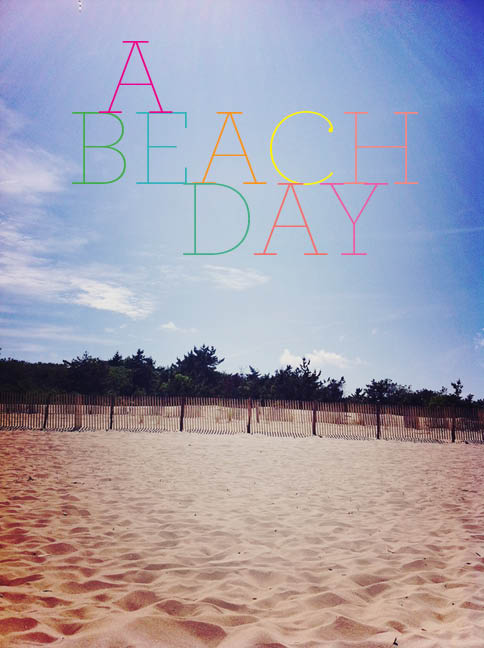 // photos and design by Alyse Moyer //

Have a lovely 4th of July! Be safe and have fun!

I was looking back on some old photos that I took and I found this one below. It seems so peaceful and quiet. There is something about it that stills my thoughts. It’s crazy to think that a simple photo is capable of expressing so much. 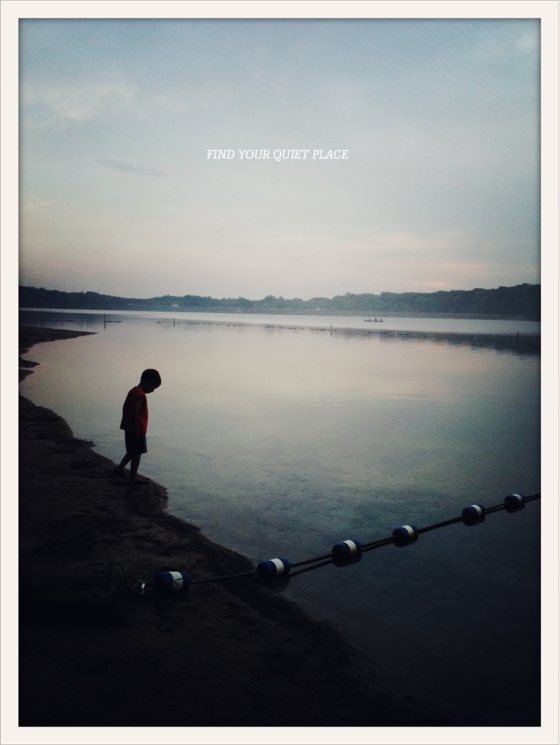 Every year my family goes to the beach for a week. This usually includes my parents, my sisters, my niece and nephews and my grandmas…all in one house…fun right? Our annual trip was last week. I am going to warn  you, there are a lot of photos (none of my grandmas in their swimsuits, disappointing I know). I’ll post them all through out the week. Here are the first few photos.

This fishing story begins with a container of worms. My mom warned me that since it has been so dry where I live, it might be hard to find worms for bait. So, I was smart, and bought some at a gas station.

However, I did not know much about my purchase. I opened the container to look at them and they were HUGE. GINORMOUS. GARGANTUAN. And I had to touch them. And they moved, A LOT. Have a look.

Evidently, Canadian Nightcrawlers are known for being big worms. No one told me that. Oh, except for Wikipedia, which is where I found this out.

Normally I have my mom put the worm on my hook (I know, I’m a baby), but she wasn’t going to be there. So, not only did I have to put the worm on everyone’s hook, but I also had to tear the worms in thirds just so they would fit on the hook. Gross.

Did you see the tag line on the container? It says “Our worms catch fish or die trying.” Those Canadians, they’re funny aren’t they?

Here’s my one nephew (I have two), airing out his arm pits. Actually, he was probably waiting for me to get his fishing rod ready and wishing that I would stop taking so many photos.

This is the pond where we went fishing.

This is my other nephew. 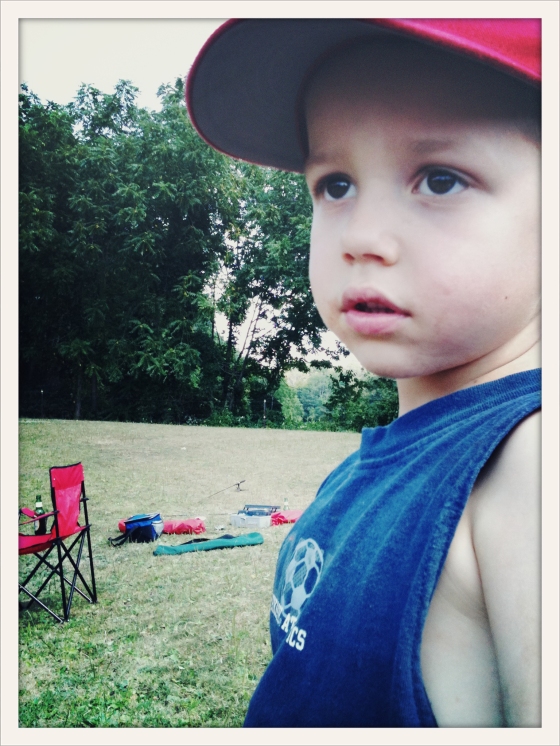 Above,  he’s still wishing I wouldn’t take so many photos.

This guy was the only one to catch anything. This was his first fish. 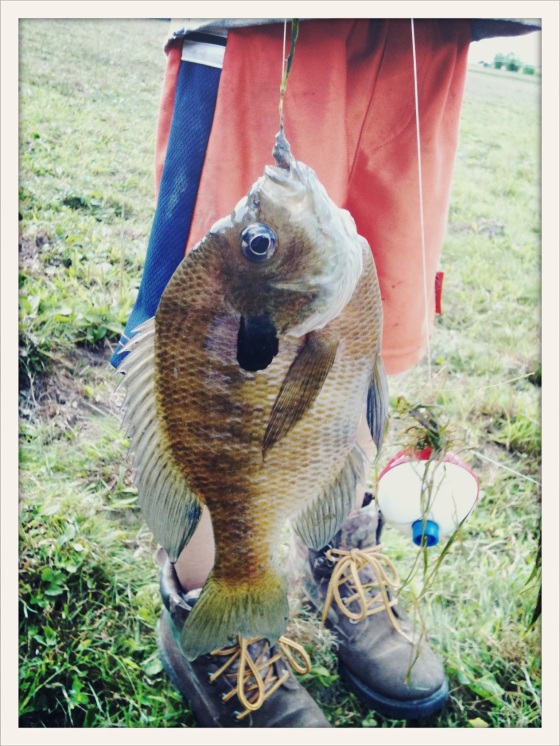 We dropped this fish a bunch of times before it made its way back in the water. Slippery little bugger.

Still wishing I wouldn’t take so many photos. 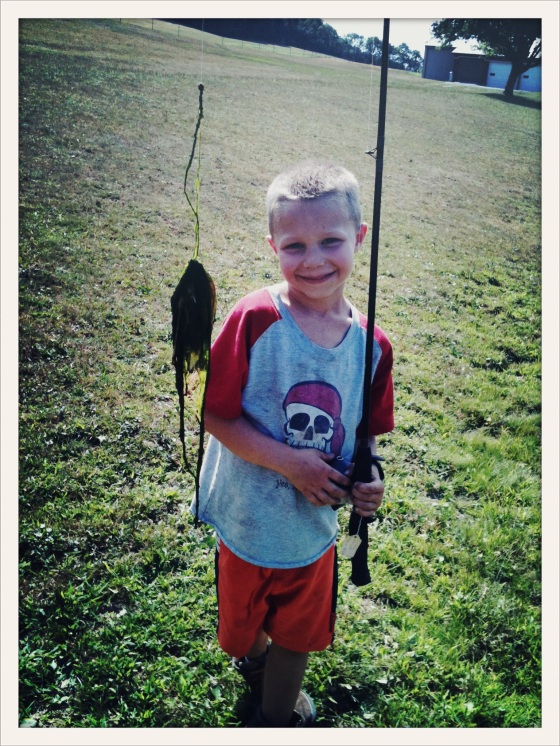 Here’s fish #2. We almost didn’t think he had a fish because we couldn’t see it through all the algae.

We didn’t drop this one at all. Aren’t you proud? We got better with practice.

My nephew caught one more fish (3 total), but he was tired of getting his picture taken, so I can’t show you that one.

Guess what I made… 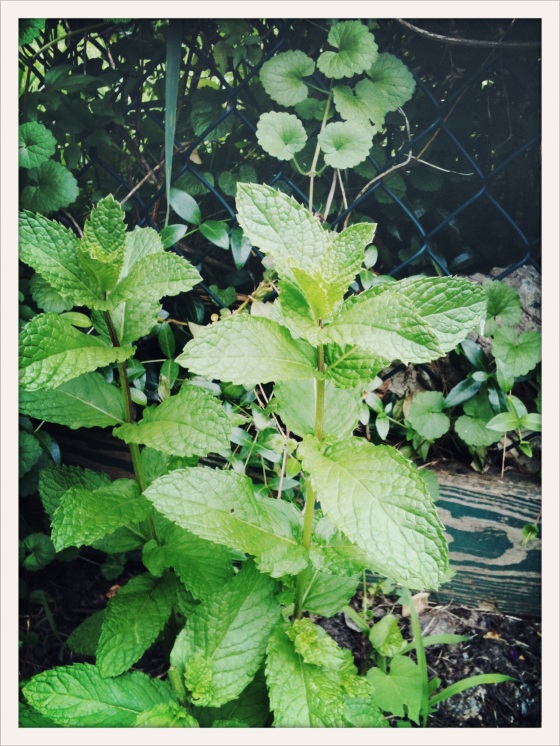 Just cut some mint from your backyard (or buy the dried mint at the grocery store). 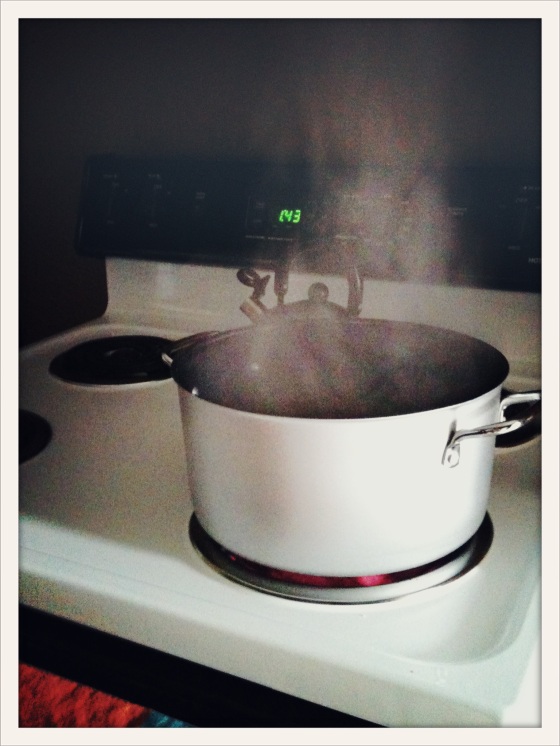 Place the mint in boiling water for a few minutes. 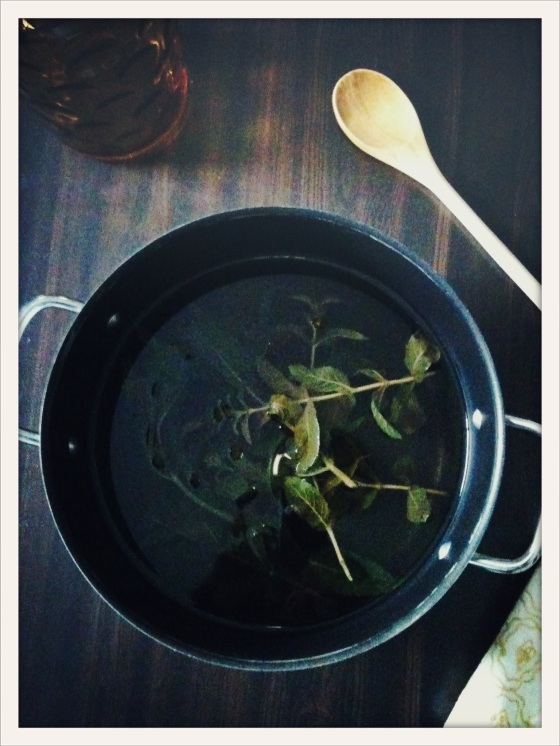 Then let the water cool and the leaves steep. I like my mint tea cold, so I remove the leaves, pour it in a pitcher and place it in the refrigerator. 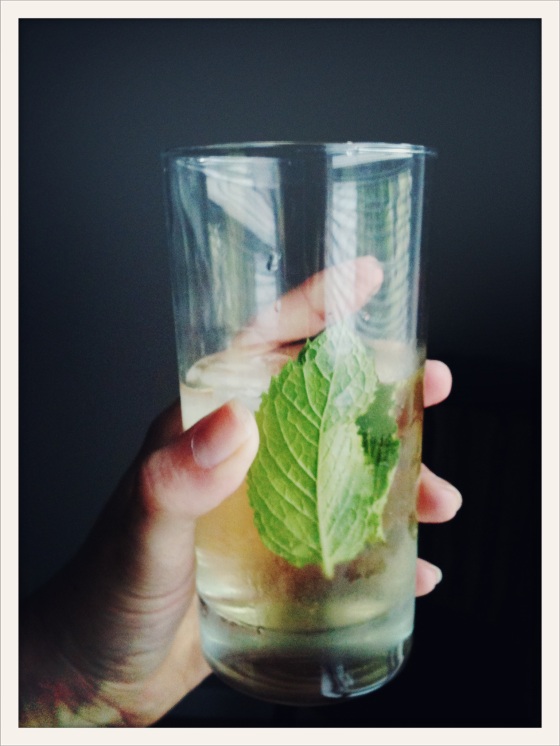 After it is nice and cool, I pour it in a glass, add some ice and cheers! Tastes like summer.